How to stop candidates from feeling cheated during an interview? 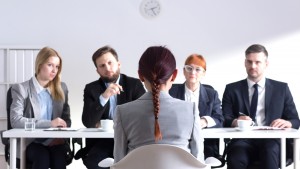 Candidates often feel cheated during an interview especially when the process is not handled well. Read on to know what you can do to prevent that.

A candidate applied to an Executive Assistant’s role in a well-known Multi-state company and eagerly looked forward to taking her application to the next level.  After a couple of telephonic interviews, she was called for a face-to-face interview in the third round.  The candidate went well prepared to do a good job and give off her best.

She was interviewed by two very senior directors of the firm, for whom the role was going to support.  According to her, the interview went off very well and she was able to answer all their questions very smartly and professionally.  When her turn came to ask questions, she had already made up a list in her mind, which she very confidently went ahead and asked.  One of the interviewers seemed very impressed with the queries that she posed and even went on to say “very good” and “that is a very good question that you are asking” at several points during the interview.  The candidate was confident that she would be shortlisted for the final round.

The recruiter who handled the whole process told her that it would take two weeks for them to get back to her.

The candidate was heartbroken because she had pinned a lot of hope on this role and had even made a list of all the activities that she could work on in this role, thereby contributing effectively to the goals of the team and the organization.  She was angry, upset and frustrated about how things were handled and the way that she was treated, especially from a well-known firm, which had a huge brand name in the market.

What could have been done to stop The candidate from feeling cheated, even though she did not get the job?

The firm did not bother to contact The candidate at all and let her know that her application was rejected.  She had to follow up several times to know the results.  It is very important for the hiring team to let each candidate who comes for the interview know the status of their application.  It is agreed that every candidate who sends in their resume cannot be contacted.  But short-listed candidates, who put in a lot of preparation, spend their time, money and efforts into attending an interview should have the right to know about the results.  They also need closure from the process.

To create an amicable and enjoyable interaction between potential candidates and the firm during an interview process, the organization should be ready to walk the extra mile to make their processes transparent regarding their selection decisions and present a professional and courteous demeanor throughout the entire procedure, thus improving their brand image and enhancing potential candidates’, that is their customers’ experiences.

Have a great day!