Less is More: Getting it Done With Time to Spare 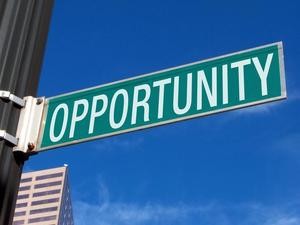 There has been a popular mantra gaining momentum of late. Propagated in seminars, business magazines, and in boardrooms, it asserts that the secret to fulfilling your professional obligations lies not in working more, but in working less. This idea subverts the traditional Protestant work ethic, and promises that you don’t have to burn the midnight oil to get everything done, get it done right, and do it on a tight deadline. It also promises that you can actually make more than enough money by logging fewer hours than you currently do.

In an economy where many aren’t earning enough, or, as we discussed in recent posts, are dissatisfied with their jobs and likely overworked, this “work less” paradigm seems very attractive. But what does “working less” to “get more done” actually mean? More importantly, what does this idea, which sounds like a Zen paradox, mean in the context of private medical practice?

The virtue of working smarter

We realize that clarifying one popular workplace idiom by using another one may invite scrutiny. Let’s start with an understanding that working less does not necessarily mean working fewer hours. Yes, working smart can allow you to shave that extra hour off your work day, or actually take that extended cruise this year. But what it almost always means is working in such a way as not to fill those hours with so much stress and anxiety.

Being productive while remaining stress-free is a privilege achieved through identifying and eliminating any wasted effort, thus streamlining your practice’s workflow. Private medical practice follows a team-based workplace model. As such, workloads should be balanced across all of the positions. Take a few days to really observe your staff. Do you find that multiple employees are consistently engaged in the same tasks? Are there any persistent distractions that needlessly pull them away from critical duties?

In a previous post, we discussed the benefits of outsourcing certain jobs, especially billing, and insurance verification. There are often so many blind spots, so many questions that need answering concerning these two. Identifying those spots and answering those questions can take up an exorbitant amount of time. Above, we identified redundancy as a magpie to working smart. It’s true, you don’t want the same people performing the same tasks—simultaneously. It is still a good idea to cross-train staff. All employees should have a basic knowledge of other positions in order to compensate for short and long-term absences of their coworkers.

Where the week ends…

…your life outside of work begins, and it should be allotted the forty-eight hours it rightfully deserves. Working smart entails using your time wisely outside of the office just as much as it does inside. This is your time to rest, refuel, and refocus. This is the time for you to tie up loose ends, and catch up on those things that dog you all week (the ever-growing mountain of laundry, the oil change, passport renewal, bills…). This is the time you get to focus on those things which increase you as a human being—educational and creative pursuits, athletics, being a present spouse and parent, actually seeing a movie, etc.

While it isn’t always possible, you must be able to (mostly) cut the cord connecting you to your job on the weekend. If you aren’t in your work setting and you are still doing work, then you’ve never really left the office. If you aren’t able to be fully present for those activities which allow you to decompress, then your mind never gets a chance to reset for the coming week. This can have consequences to your productivity and quality of work which we will discuss a bit more in depth in the next section.

Stopping before you hit the wall

For all those comic book lovers out there who cut their teeth daily in a medical office, here is something to think about: After Dr. David Banner was exposed to gamma radiation, the subject to which he devoted countless sleepless hours of research and work, he noticed, let’s say, a marked change in himself. Each time his stress, anxiety, and adrenaline levels were elevated to a certain peak, he became a singularly focused version of himself capable of superhuman feats of strength and endurance. He stopped at nothing until his goals were reached. The longer he engaged himself, the stronger and more determined he became. The harder he was pushed, the harder he could push back.

Did we lose you? Maybe you’re more of a Dr. Strange fan. How about Doc Savage? Well, whether or not you are, or ever were a superhero enthusiast actually doesn’t matter much. This analogy is simply meant to illustrate the difference between quality and quantity, and to remind you that pushing the clock to get more work done doesn’t always mean getting good work done.

While a dedicated and hard-working physician, you are not Dr. David Banner. Don’t worry, it’s not your fault. Science clearly tells us that radiation exposure does not morph us into an unstoppable green beast with a heart of gold. It also tells us that we have certain mental and physical limits that, once surpassed, have an adverse effect on the way we function, and the work we do. It’s a given that the medical profession, while rewarding, is more stressful than others. Exceeding the traditional forty-hour workweek is not uncommon. However, a recent study has shown that productivity experiences a noticeable decline as the workweek surpasses fifty hours. It goes on to show that work done past the fifty-five hour mark is almost fruitless.

The lesson here is that staying an extra three hours a night, or cannibalizing your weekend for those hours, will not necessarily put you ahead of the game. It can actually put you behind, due to a lack of focus and motivation brought on by mental and physical fatigue. When pushed to the brink, superheroes can call upon seemingly limitless reserves of energy to power through a wall, leaving a pile of dust and mortar in their wake. We regular folks have to adjust our perspective a bit. Our personal walls are there for a reason. They remind us that we are human, and let us know that enough is enough, at least for one day.